In what I hope will be a regular feature of this blog, I'm highlighting the wealth of classic film big screen viewing opportunities in and around Boston, MA for the month of March.  If you are in the area, please support these live screenings.

Brattle Theatre
To celebrate the 75th anniversary of Film Noir, The Brattle has been presenting a comprehensive series over multiple months exploring this fascinating genre.  In March, they present "Prime Noir of the 1940s", some in double feature format.  There are a total of 14 films in this installment of the series, too many to list individually here, but check out their calendar.  Some old favorites like LAURA and THIS GUN FOR HIRE are being screened, along with lesser known noir such as CRACK-UP and ACT OF VIOLENCE. As they say, grab your trenchcoat and fedora and join in this celebration of mid-century celluloid gloom!
Coolidge Corner Theater
Fans of the great silent comedians, rejoice! The Coolidge (Brookline) will present, on March 21st, the next installment of their splendid "Sounds of Silents" series, shorts by Chaplin (THE PAWNSHOP & EASY STREET), and Arbuckle + Keaton (CONEY ISLAND) with live accompaniment by Donald Sosin & Joanna Seaton.

Read more about this event and order tickets here.  As usual, members receive discounts.
Personal note: I LOVE this series and try not to miss a screening!

On March 28th the Coolidge will screen Hitchcock's fabulous STRANGERS ON A TRAIN as part of their "Big Screen Classics" series.  Check it out here.

Harvard Film Archive
The HFA has such diverse offerings, past and present, that I often wish I could just hang out there, all day and well into the night.

In their "Innocence Abroad" series, on March 6th they are screening THREE COINS IN THE FOUNTAIN (1954) set in Rome.

The HFA is also presenting a retrospective of early French/Polish director Jean Epstein, and is screening several silents with live accompaniment, and early talkies from now through early March.  Check out the entire series here.  Of note:

March 4: THE SONG OF THE POPLARS  (1931); THE SEA OF RAVENS (1930); SONG OF ARMOR (1934); THE BEAUTY FROM NIVERNAIS (1924).
March 5:  THE RED INN (1923); THE WOMAN FROM THE END OF THE WORLD (1937).
Somerville Theatre
The Somerville in Davis Square has an annual series of silent film called "Silents, Please."  There are no entries in March, but the theater has engaged the Alloy Orchestra to present, in cooperation with WorldMusic.org, the Russian silent documentary called MAN WITH A MOVIE CAMERA on March 26th. 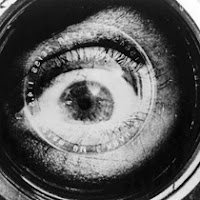 Visit here to learn more about this event.